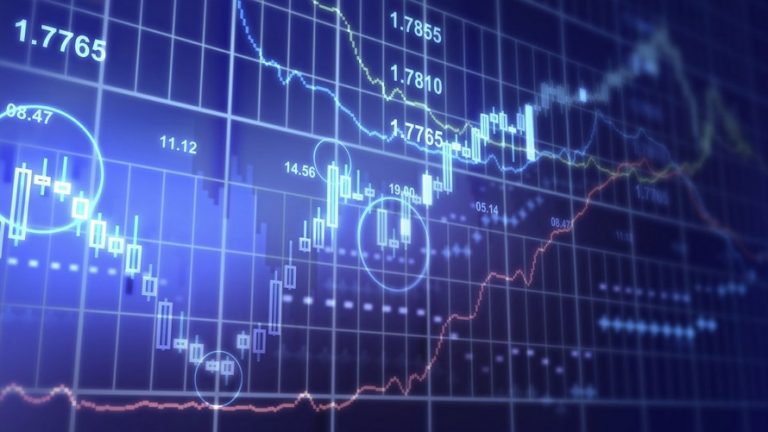 While reading one of my trading discussion groups a few days ago, I came across this interesting post shared by one of the members:

As these months have gone by, I’ve come to the conclusion that the bull market and the effects of randomness bias a lot of people. People keep claiming “buy”, as the price goes up, but the fact that the market is on a bull run and everything is growing does not mean that this is right. Some claim things like “if we reach X we’re going to 15k, if we break X we’re going to 5k”, which do not make sense most of the time. Technical analysis has been proven to fail almost all the time with BTC; in fact, not even in the stock market it works every time, because if it did, everybody would be trading stocks and beating the market over and over.

A nice article reflects on this matter: “What I do contend, is that people selectively, and possibly sub-consciously, choose charts and TA indicators that simply confirm what they have already concluded. They are successful, not because the chart is predictive but rather because they have developed sufficient experience, knowledge and “instinct” about the market that makes them successful. The chart is simply a crutch … whether they know it or not.”

What’s most intriguing is that people over Twitter fail over and over in their technical analysis regarding crypto and simply decide to delete the evidence by removing their tweets, instead of admitting that their analysis did not hold up or that it was just waiting for “some kind of confirmation”. One could argue that it does not matter if you were right or not, you still can become rich by providing bad calls and creating a fake persona on Twitter that people enjoy reading about. As we have seen in the past, it’s clear that people do not care about results, or at least the people that use Twitter as their only source for information.

To put it in perspective: Get 10,000 people and divide them in 2 channels of the same amount of people. Tell the first channel that “X coin” will go up and tell the other channel that it will go down, then, after the outcome, repeat the same process with the winning channel, divide it by 2 and then again, give them “Y coin” and tell them that it will go up. Do the opposite with the same channel and so on. In the end, you’ll have around 500 to 1,000 people that would believe you are a pro-trader in the market.

Randomness will make you believe that you did right even though you just guessed and it randomly worked. If the only thing you have to measure your capacity is that you did well on a bull market, then you should stop praising yourself as a “really good analyst” or “better than average”. Take your calls, take a decision and then toss a coin to decide if you want to buy or not, write both results and after a month analyze who did better, you or the coin, which we could call randomness.

While I can’t comment on whether Twitter traders actually delete their tweets later or not if they are wrong, I will have to completely disagree with the rest of the claim presented in the above argument.

Like all other known methods of forecasting, the prediction of stocks is also based completely on the study of past data, and there are 3 important premises on which all Technical Analysis is based:

While both of these criticisms are valid concerns, the problem with them is that they always cancel each other out. If the chart patterns are truly subjective, there’s no way that every technician will be able to read them the same way, which is what the self-fulfilling prophecy argument claims. And since chart patterns can’t be both subjective and objective at the same time, these 2 claims can’t coexist with each other.

The real truth of the matter is that charting is indeed very subjective in nature and not everyone reads the same chart the same way, which is why you’ll often see a lot of doubt and disagreement among traders. Visit TradingView.com for example, where thousands of traders present their ideas on what’s going to happen to the prices of different stocks/commodities/cryptos in the future (based on their own independent studies and trading style). What you’ll find is that each trader basically has their own theory on what’s going to happen next, and even top traders on the platform often contradict each other by giving conflicting buying/selling advice. Some would advise you to go long based on what they think is happening, while others would tell you to short the market. So, saying that TA has been known to fail almost all the time with Bitcoin is a very bold claim, again because of the subjective nature of TA. Since most technical indicators can be looked at in a lot of different ways, one person’s TA failing does not necessarily mean the failure of another person’s TA.

While I do agree that there is always a certain amount of randomness in all markets, I’ll have to disagree again with the total randomness argument presented above. If prices were truly independent and unpredictable (which is what the Random Walk Theory claims), why are trends so clearly visible on charts? And why are so many trend following trading systems (my own Metis AI, for example) so profitable in nature? The arguer here talks about performance measurement in a bull market, but their argument is again flawed because if markets were truly based on randomness and did not trend, how would a trader even know the difference between a bull and a bear market?

To understand this, let’s take a look at this Bitcoin chart from a few days ago: 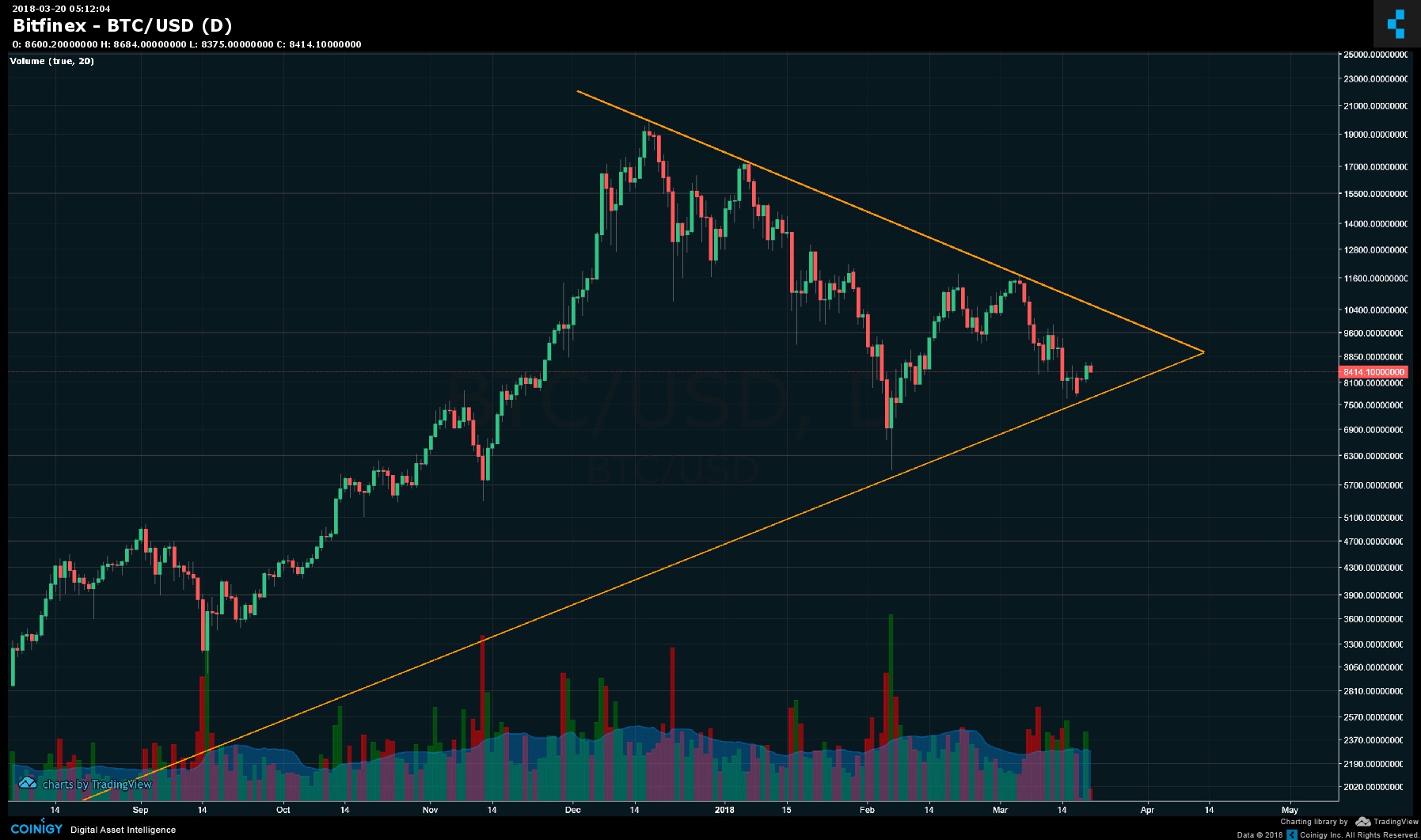 A person supporting the Random Walk Theory argument here would have a really difficult time convincing a Bitcoin holder that there is no visible trend in this chart.

While statistical evidence can’t completely prove or disprove the Random Walk Theory, the idea of randomness is rejected completely by the TA community. And most people who claim randomness in markets are believed to be people who don’t fully understand all the rules and laws of Technical Analysis.

Think of it this way: If a person who’s not familiar with Binary code comes across it for the first time, they won’t be able to extract any meaning from it and it would just seem like a bunch of random 0’s and 1’s to them. But the same piece of code would make perfect sense to a programmer who understands the language. The same can also be said for Technical Analysis. Just like how a student learning programming slowly begins to understand the code with time, the idea of randomness disappears as the skill in chart reading improves.

So, while it is true that a certain amount of randomness does exist in all markets, the total randomness claim is difficult to believe especially when all the evidence points to the contrary. With that said, even with the right knowledge and tools, no trader can predict the market 100% accurately all the time due to how subjective Technical Analysis is. Nevertheless, using TA can still definitely help them in increasing their chances of beating the market by giving them an edge over all the other people who don’t use it.